So as you may know Christmas happened, which means Christmas gifts, and if you just so happen to be a hobbyist like myself that probably means a whole load of new models and tabletop equipment.

So at the end of the day, when all due things were taken into consideration, in between the symphonic metal CDs and TV series, I now have this. 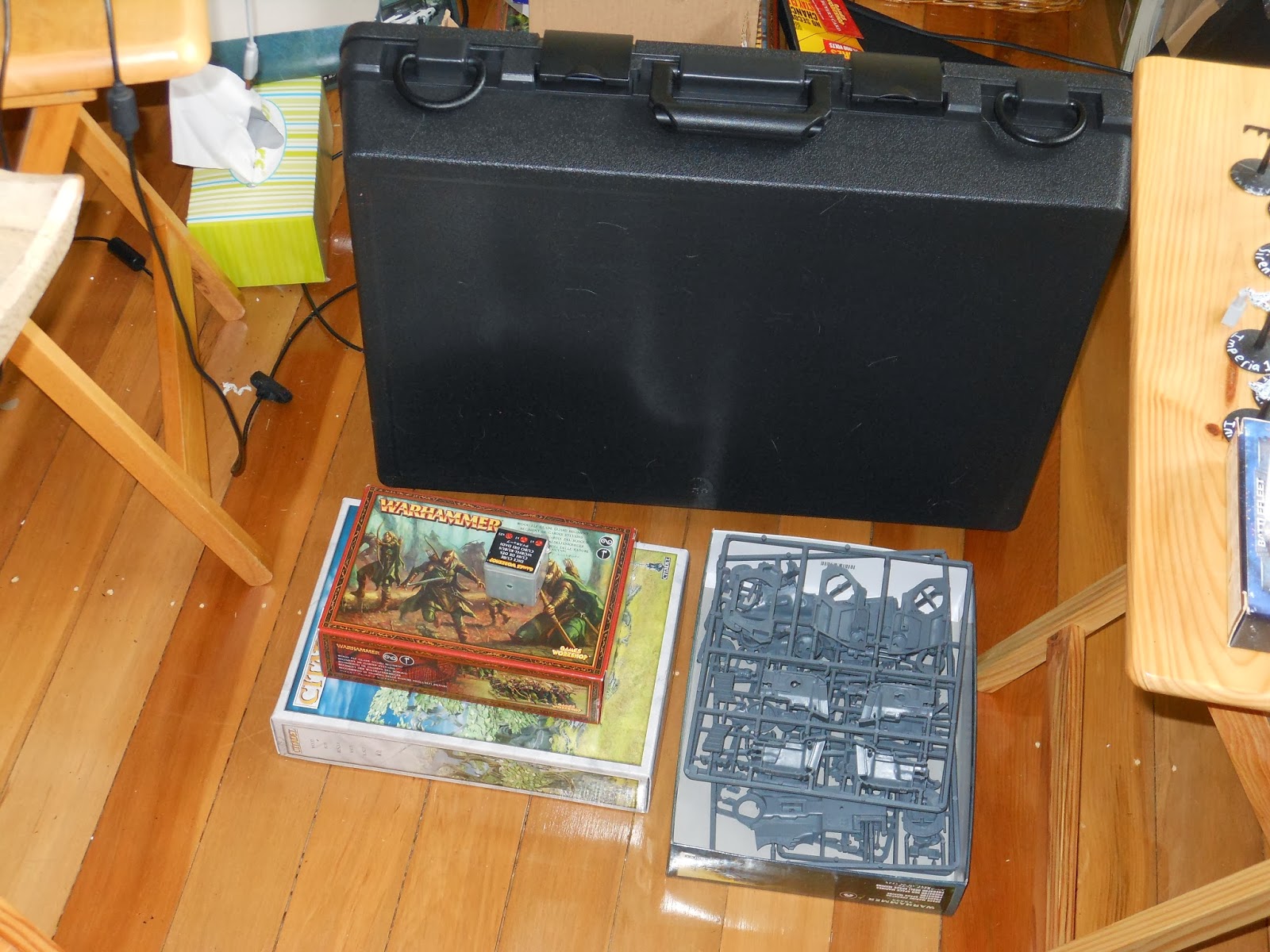 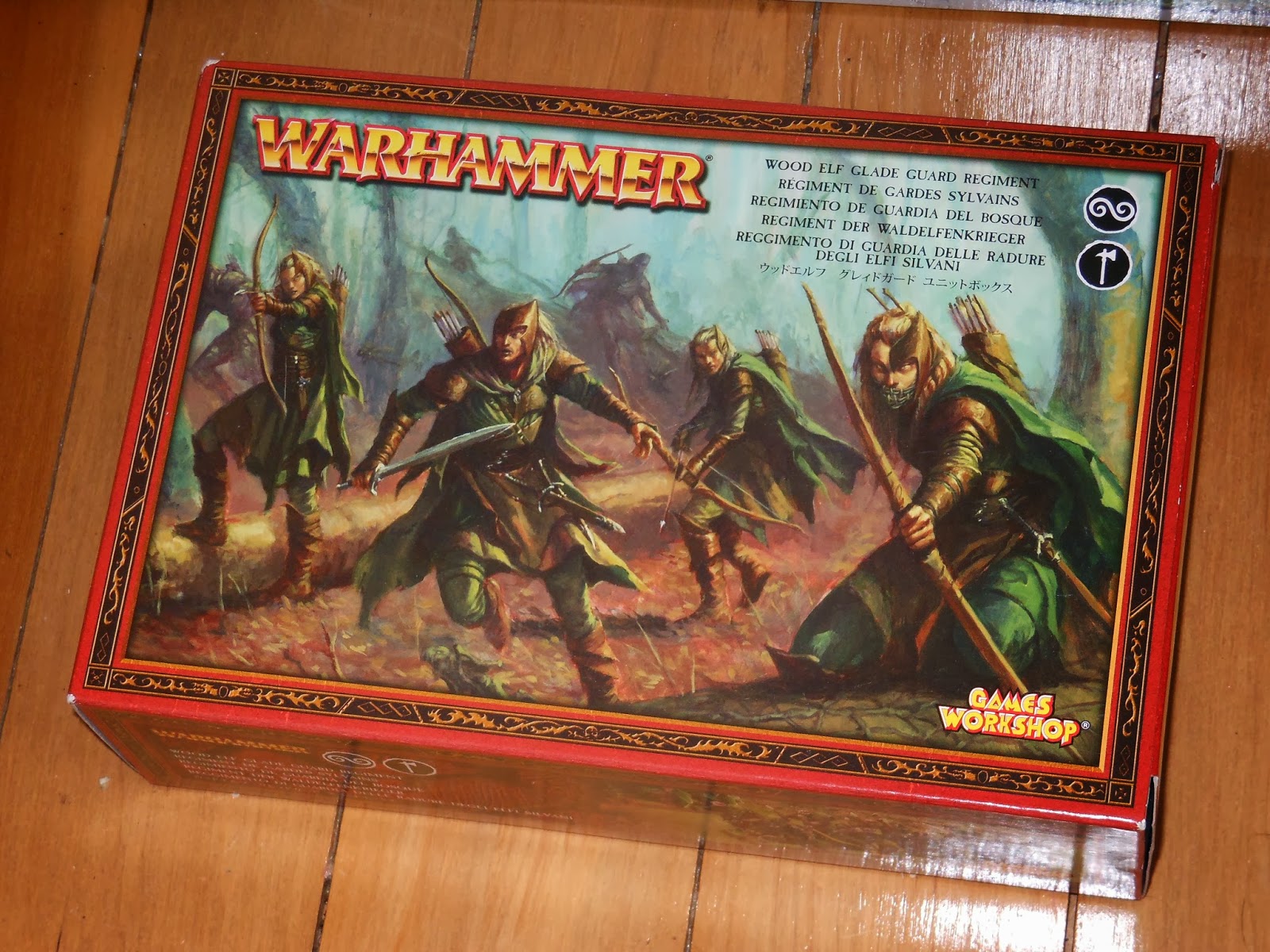 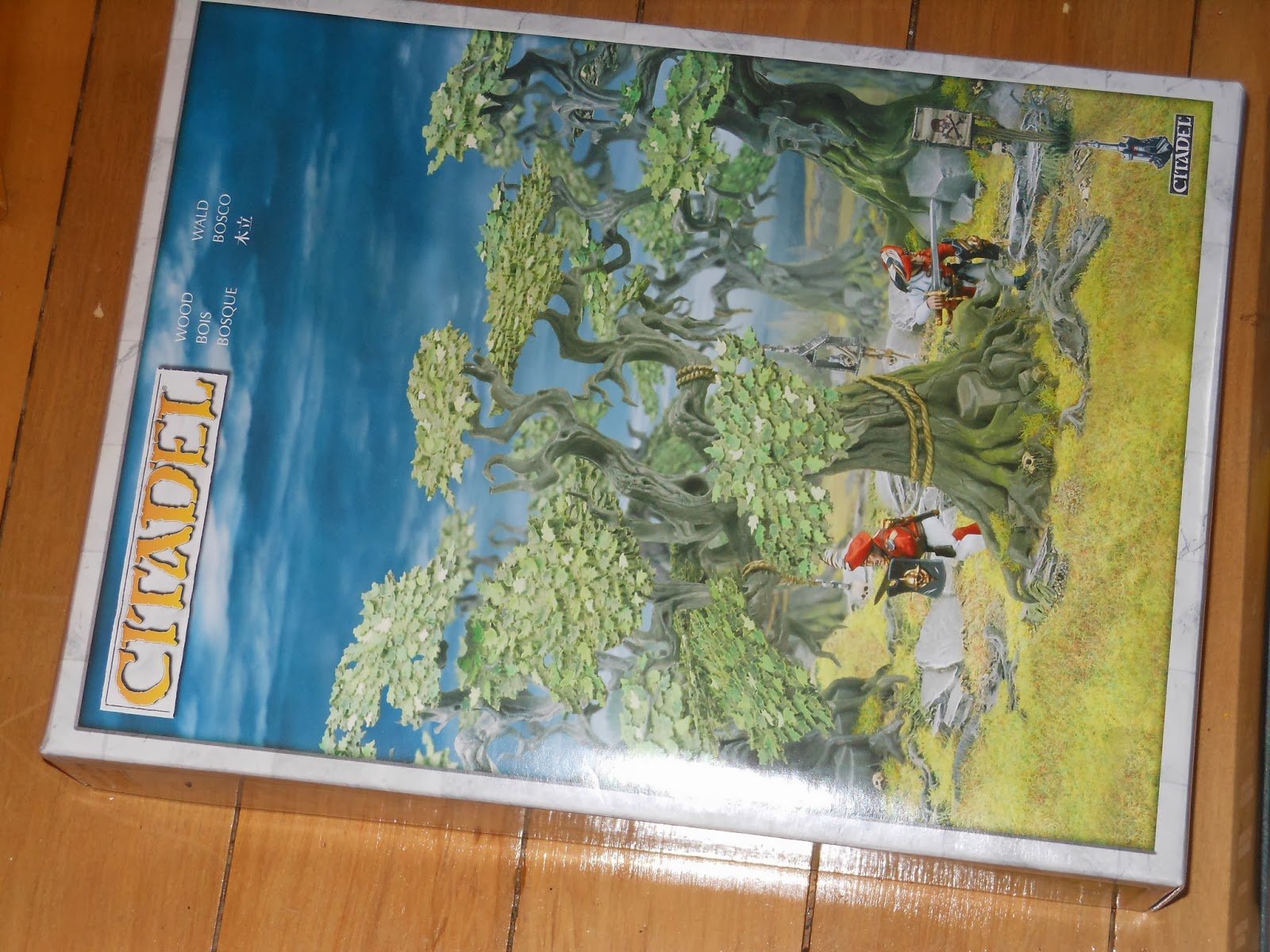 At last I can actually transport my armies practically, without fear of them being damaged!

I also got these girls/magical horse 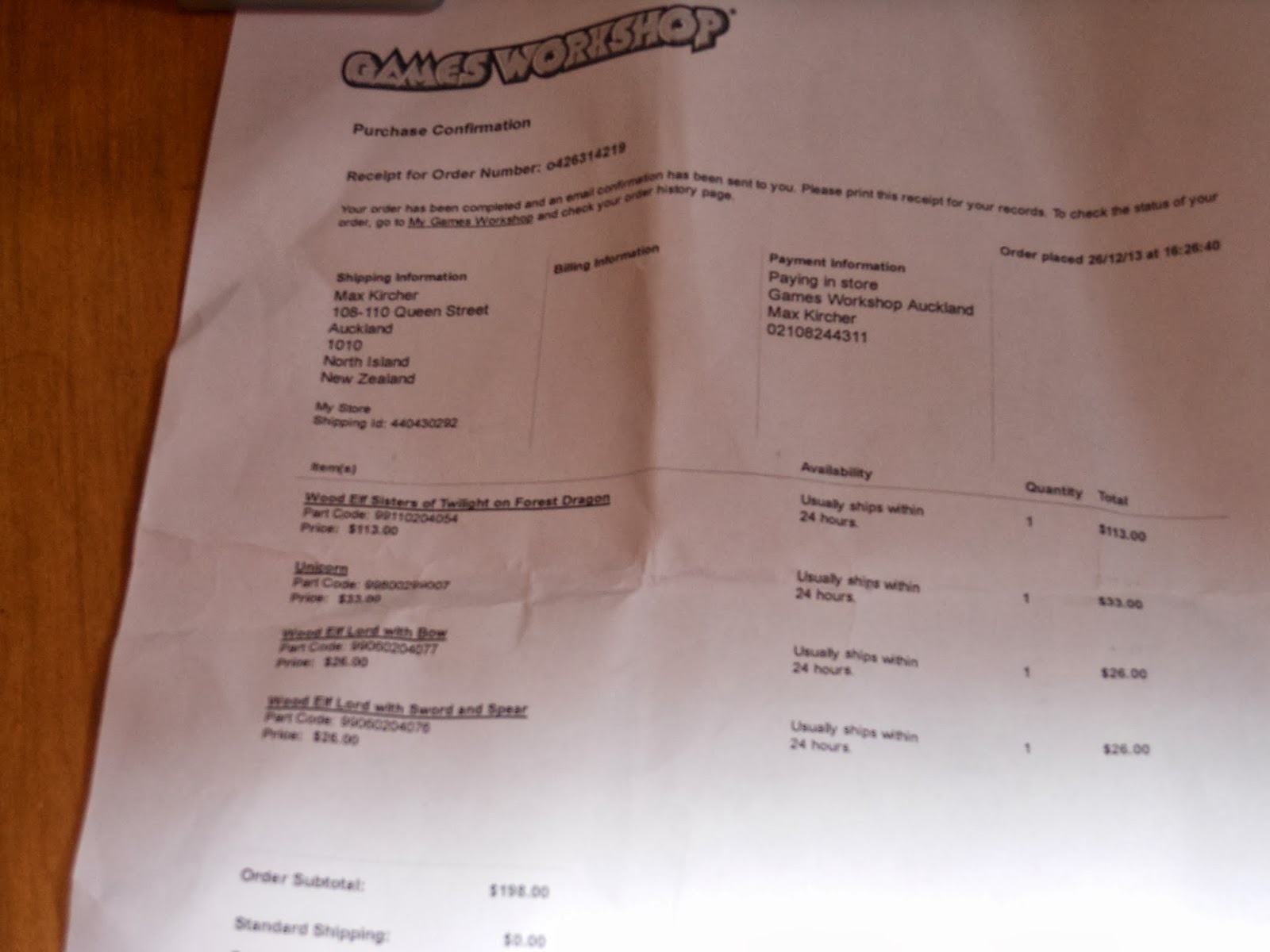 In case you can't make out what it is, it's these:

And last but not least I won this at my local GW store in a giffle giveaway. 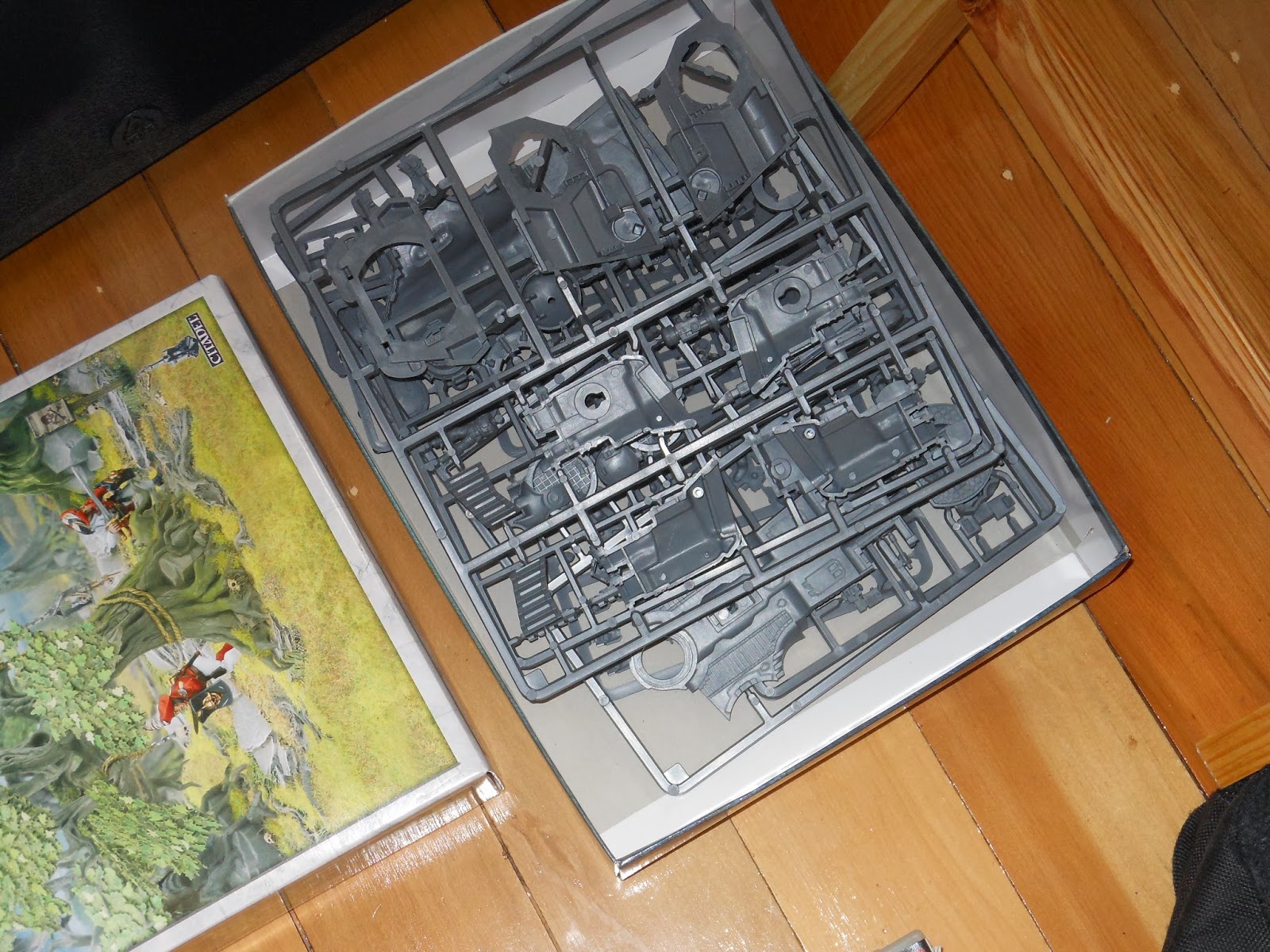 It's a Devilfish, Stealth Team and Crisis battlesuit, in case you can't quite make out all the various parts. Looks like I'll have my work cut out for me over the new year.
Posted by MillitantGuerillaCommunistHippie at 16:46 No comments:

So that was much longer than I was anticipating between updates. Merry belated Yuletide/Christmas everyone! I wish you all got what you wanted from Santa. Likely models, if you're reading this blog.

I was originally planning to write this new post much sooner, but things kept coming up, and then Christmas happened, and I was busy enjoying all my Christmas gifts. Fortunately though, in between gorging on trifle, listening to Delain and working through season 5 of Angel, I managed to finish off painting my first batch of hobby helpers (otherwise known as the Famous Familiars). Here they are: 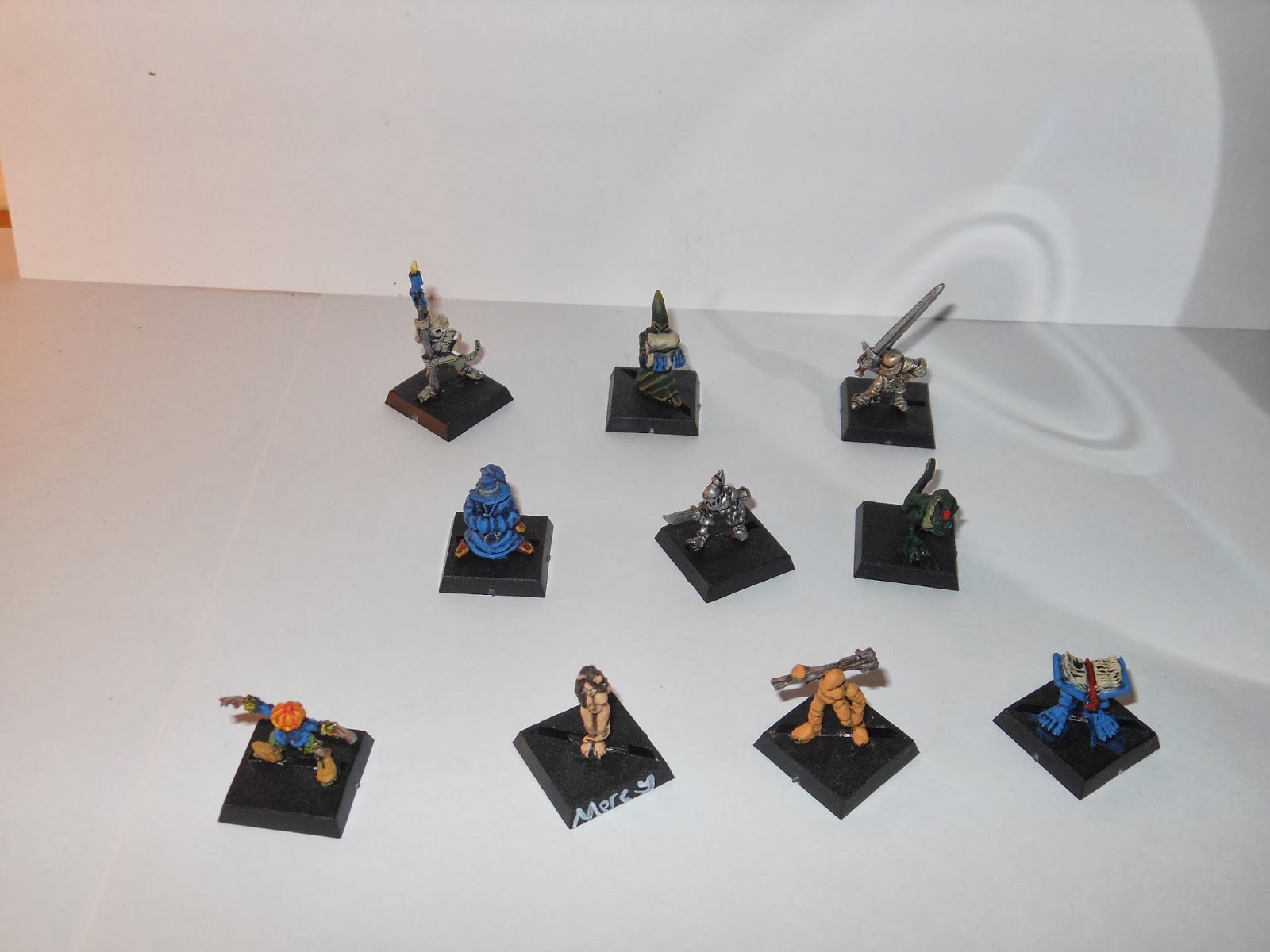 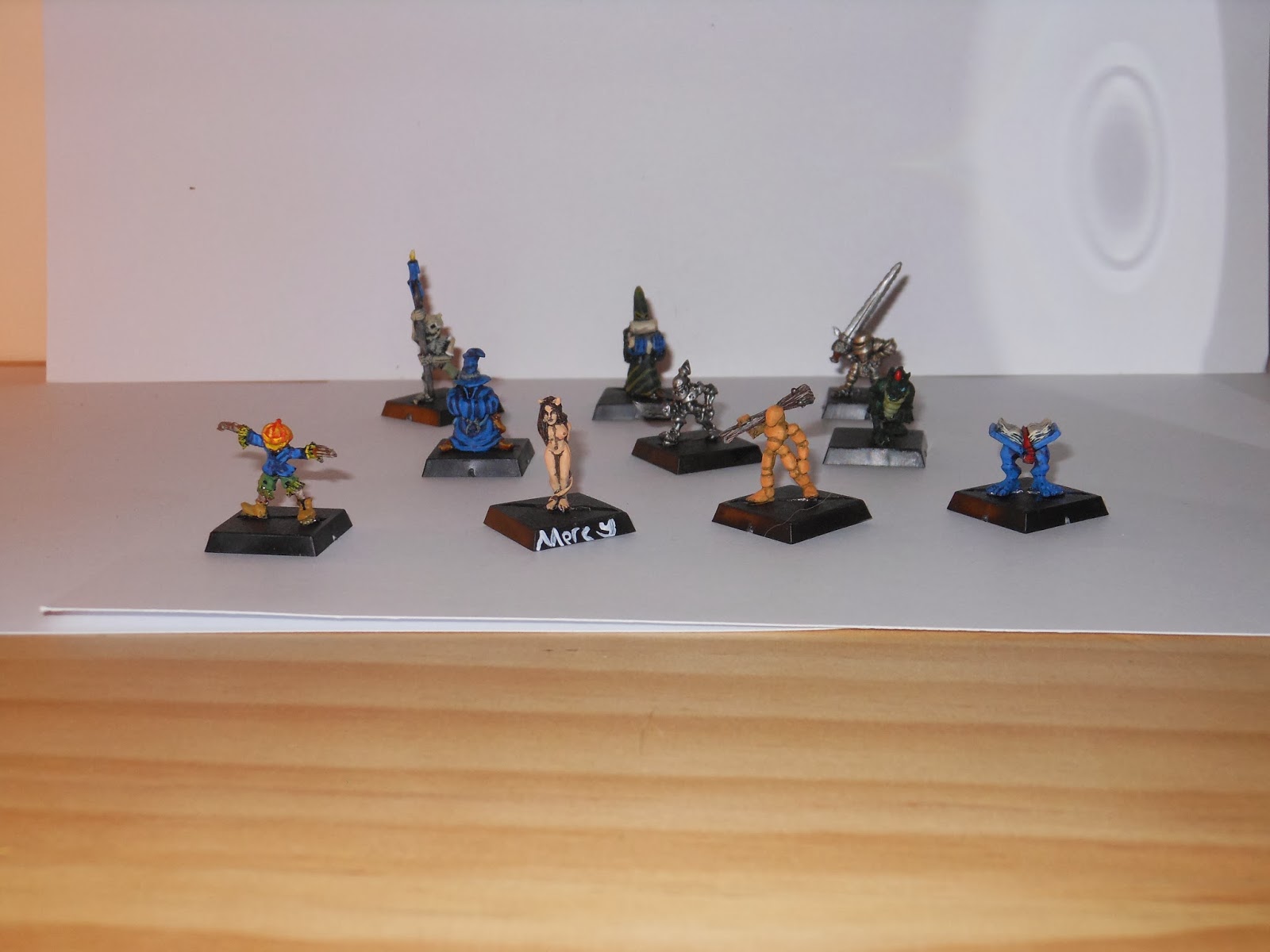 And I also painted up the first of my forgeworld Kor'O'vesh spaceships for my Tau fleet for Battlefleet Gothic, a Kir'la Warden class gunship. If you're coming here through Advanced Tau Tactica then you'll have probably already seen it there on my Battlefleet Gothic thread, but otherwise here it is. 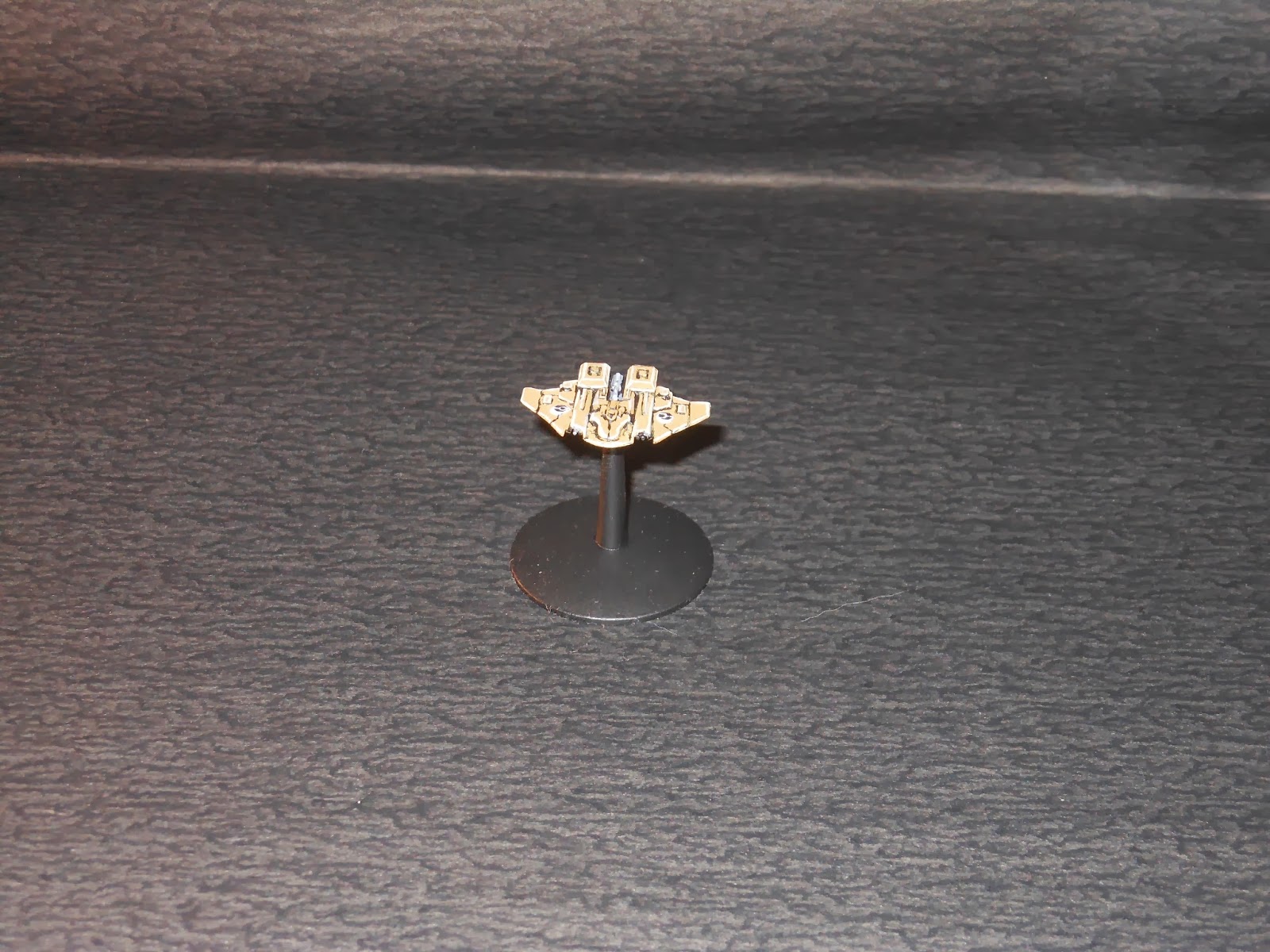 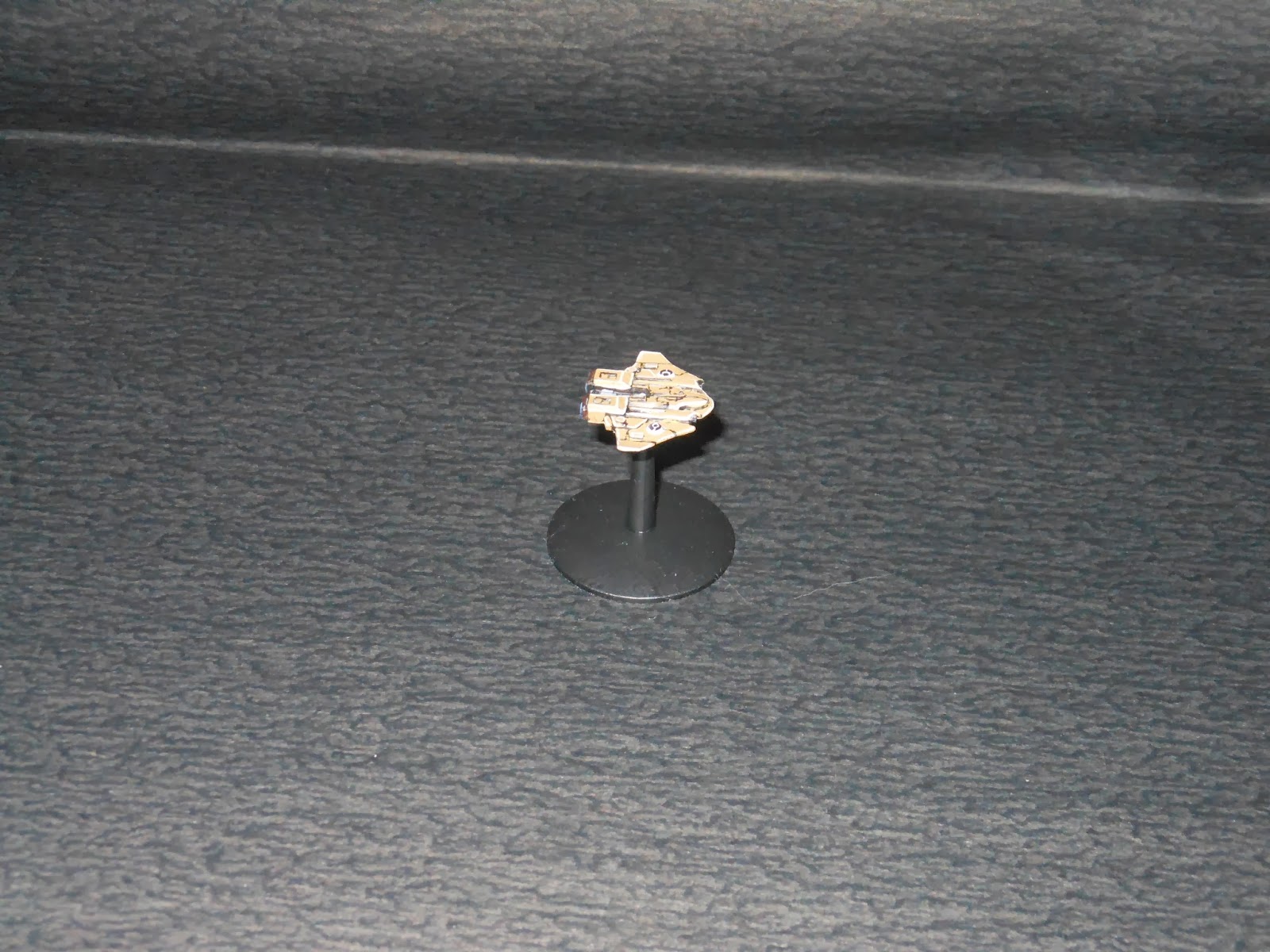 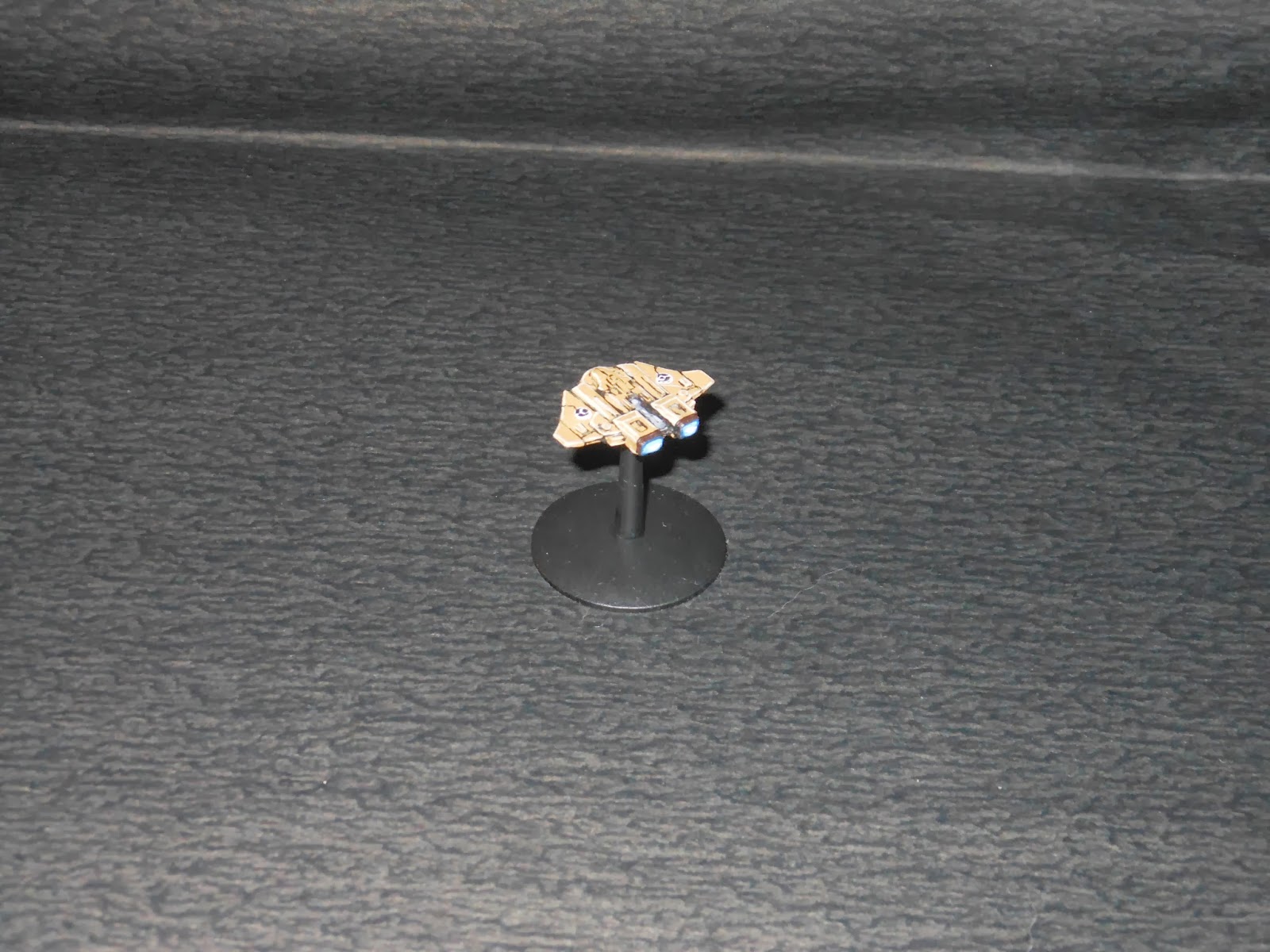 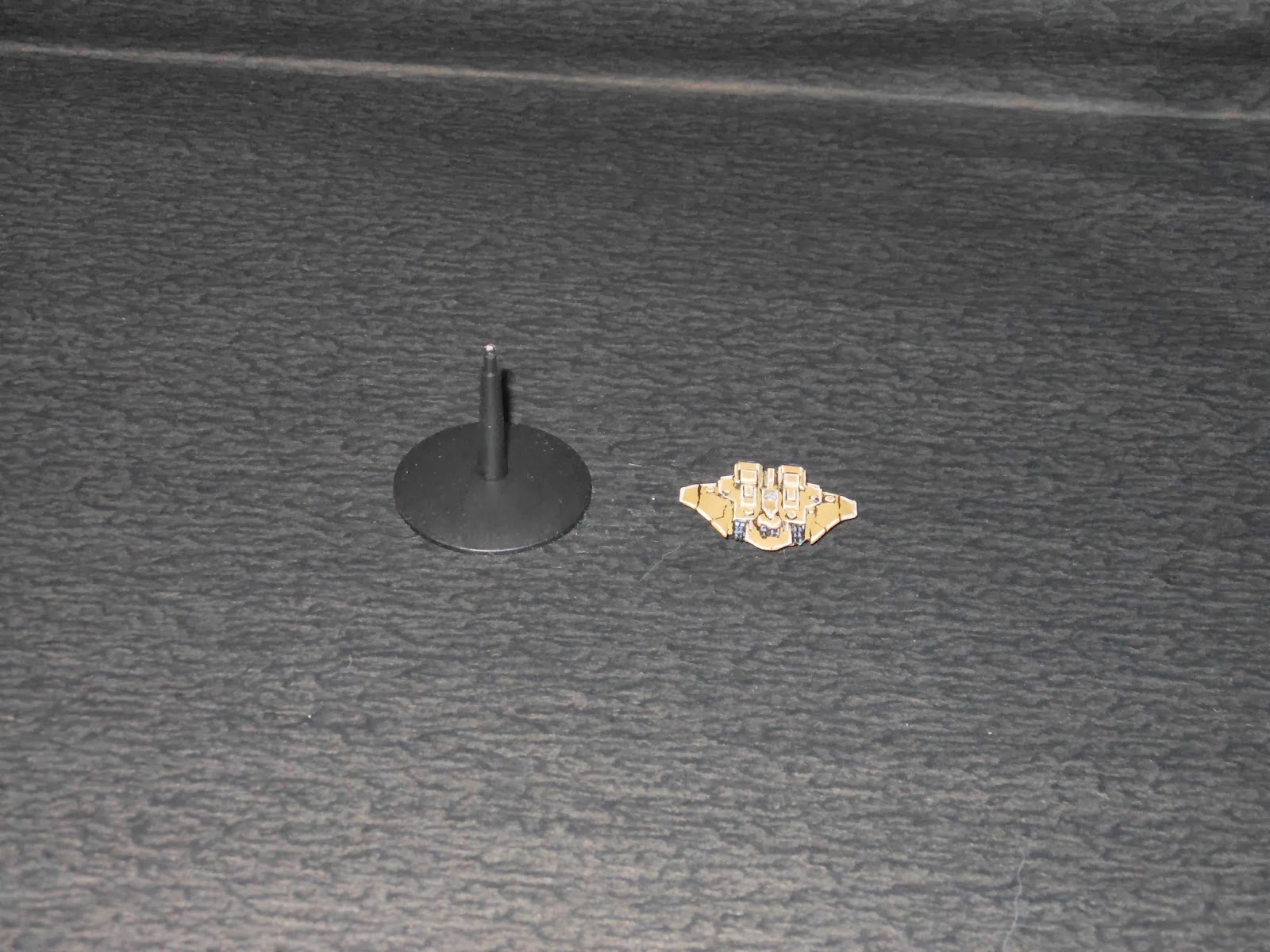 I'm still not sure what to name it yet. So far I'm considering Project 42, since it's more of a technology demonstrator rather than a dedicated combat ship (i.e. it's a test model and surplus to the maximum squadron size of three for Wardens), but there are some other ideas floating around too. My current naming system for Battlefleet Gothic ships so far has been famous sci-fi ships for capital ships and bands/singers I like for escort squadrons, with one or two ships being named after figures I think suit them.

Well that's all for now I think. There's still trifle calling me...

Welcome one and all to this, the inaugural post of my new hobby blog. I had to stare at the screen for a while before deciding what to call the first post, and in the end it came down to either Enter, or a crude play on the name of the first album by my favourite band. I decided to go with both.

I've been flirting with the idea of a hobby blog for some time now. I originally had another blog, intended to deliver my random musings unto the internet, but it recieved zero traffic and died in obscurity. I imagine this one will likely suffer a similar fate. At any rate, this one will be a place for me to chronicle all my escapades in the world of table-top hobby. I am no stranger to it, having been collecting miniatures since around age 8 or so, but this will be a place to show off all my present and future work. I'll also be using it to ramble and rant about things related to the hobby that I feel particularly strongly about, but mostly I'm planning for it to be about pretty pictures of perhaps not-so-pretty models.

Unlike the first post name, the blog name was easy, and it's been floating around in the twisted labyrinthine realm of my mind since around june-ish this year. It's a celebration of all the things I like in models, specifically classic metal models, as well as the fact that I even happen to like how they look without paint (all those details..). But then again I also like the Warhammer Nagash model, so I might just be weird like that.

Anywhich, with all that out of the way, here's the latest thing I'm painting, and the thing that gave me an excuse to start this blog. See, I'm getting older, or at least I feel like that sometimes, so I've gone and gotten myself some helpers. Here's the first batch of them. 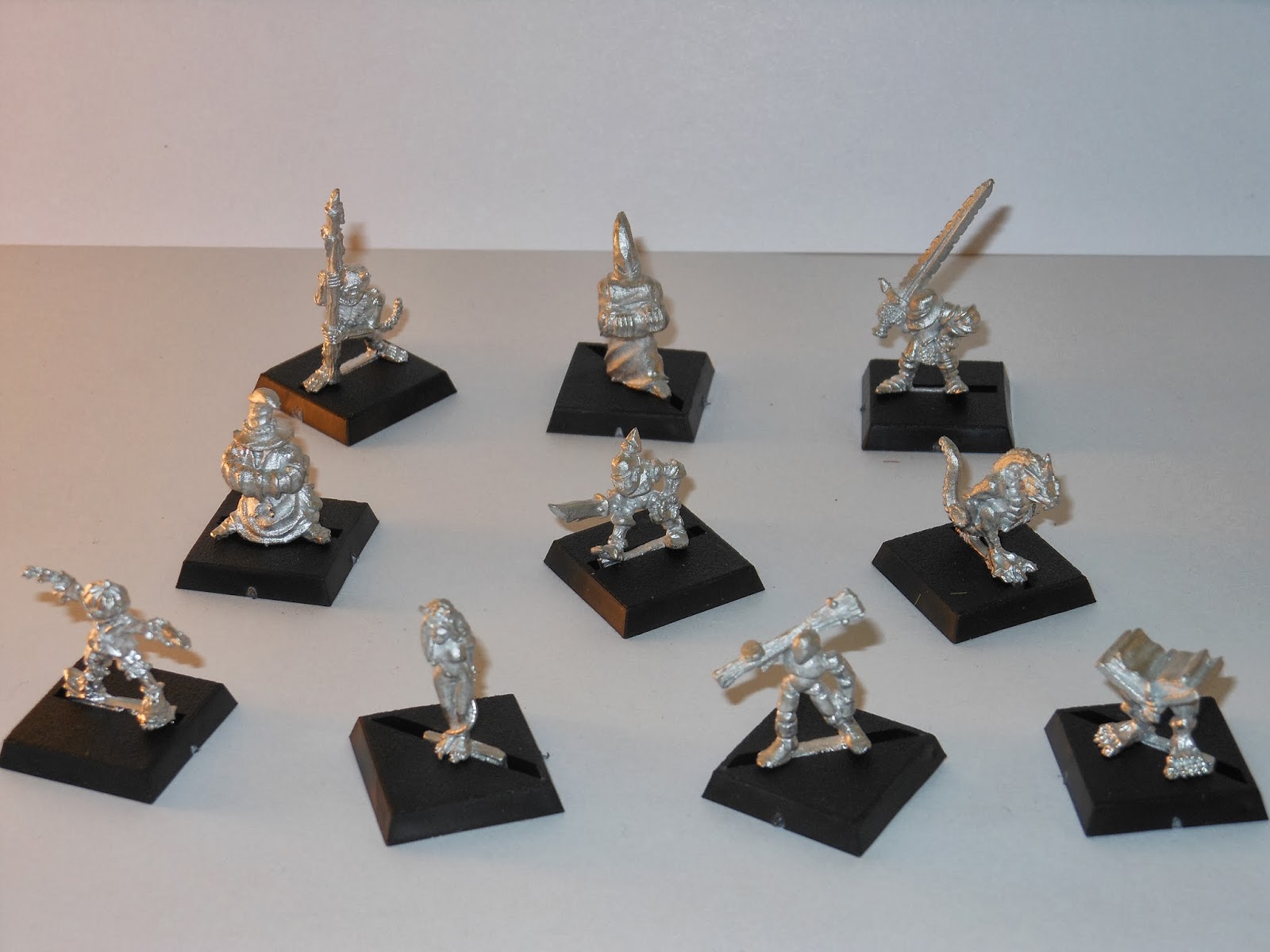 You'll probably know them better as the Famous Familiars from Games Workshop's range. Characterful little doodads, I got them and the More Famous Familiars so that I could have my own retinue of little minion-helpers, inspired by a certain type of Fantasy cover artwork. You know the one, with a main character of some sort surrounded by lots of little strange and outlandish creatures. I'd give some examples, but I can't think of the names off the top of my head.

And here they are in what will be their natural environment, my hobby space. 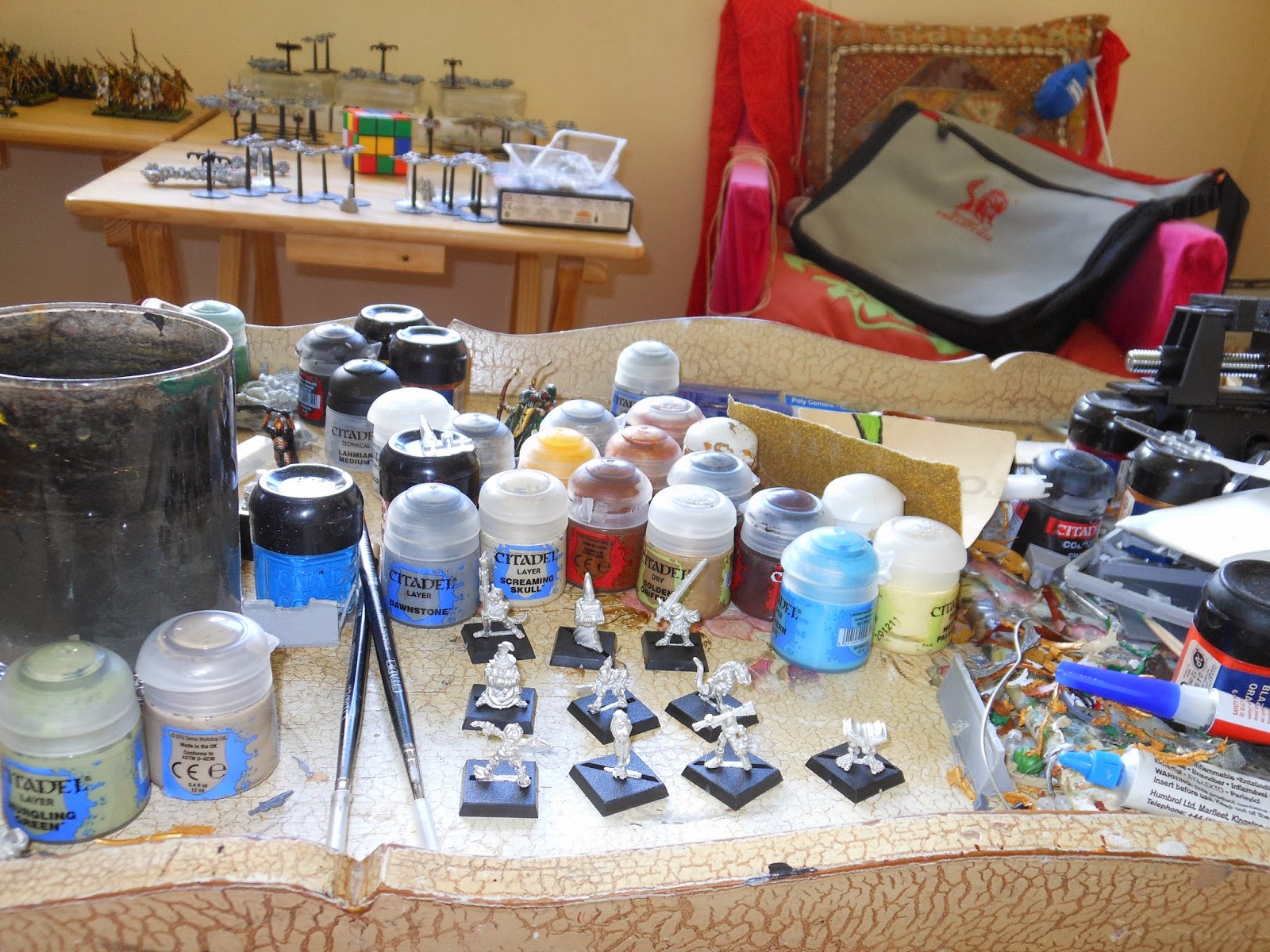 Keen eyed viewers might spot my current two main hobby projects in the background, my fleet for Battlefleet Gothic, and my new army of Wood Elves for Warhammer.

Well that's all for now I think. Tune in in the future for more exciting instalments of my hobby escapades!
Posted by MillitantGuerillaCommunistHippie at 19:21 No comments: